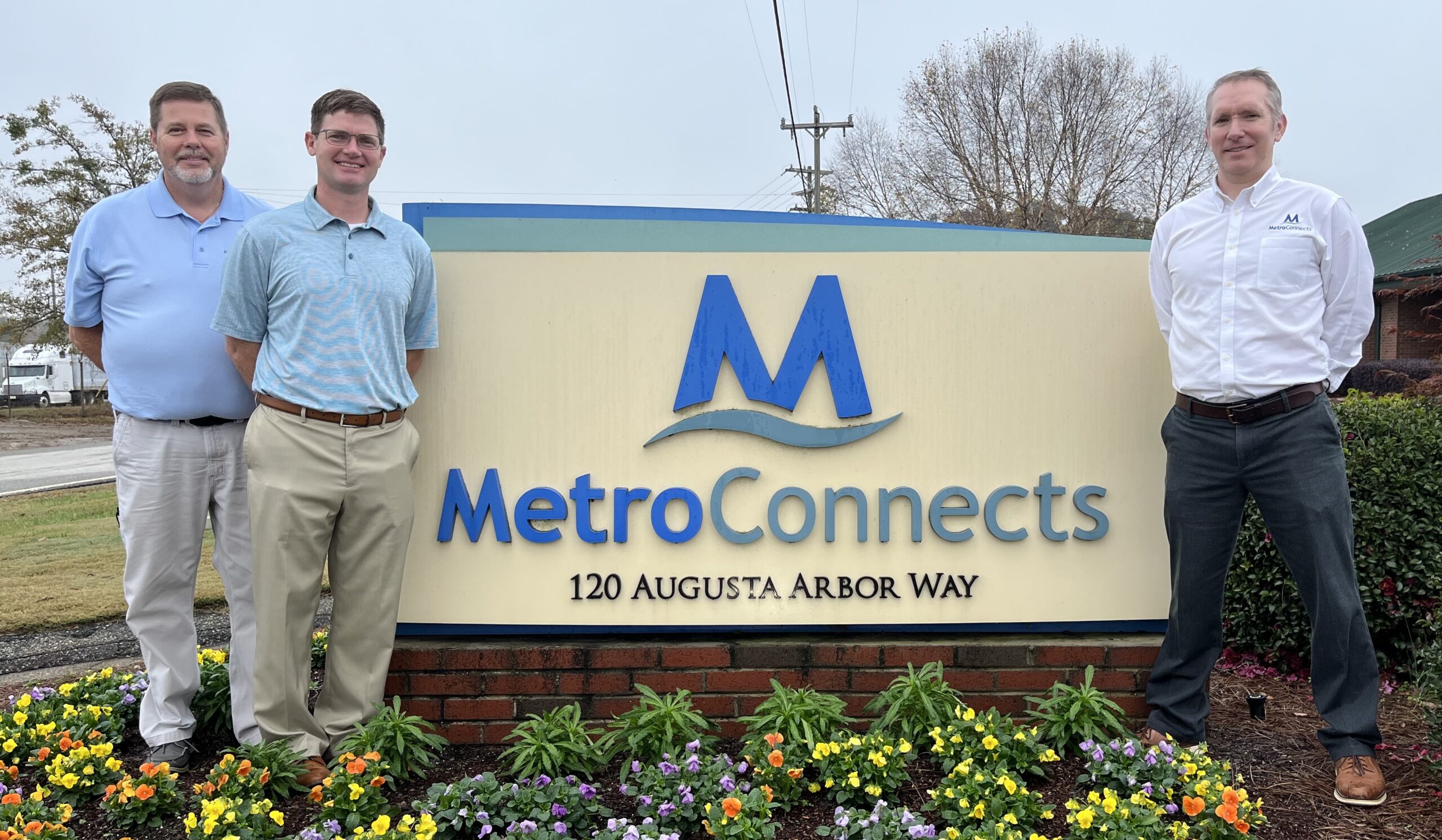 Honoring Those Who Serve

This Veterans Day, MetroConnects would like to honor our veteran employees who not only serve the Greenville County community but have served the country as well. In the first of our series that recognizes MetroConnects employees’ service to others, we celebrate Master Sergeant Joshua Hawkins, Metro’s chief technology Officer; Sergeant Martin Bowen, Metro’s development projects manager; and Specialist Michael Stansell, Metro’s senior project manager. Each of these Metro team members shows extraordinary dedication to the community and public well-being, be it through their military service or their commitments as MetroConnects public servants to protecting public health and the environment.

Master Sergeant Joshua D. Hawkins has been a reserve service member for nearly 20 years. He joined the United States Air Force in 2004 as a C-17A Mission Loadmaster in the 701st Airlift Squadron at Joint Base Charleston and volunteered for active duty for three years. Hawkins quickly moved up through the ranks as a reservist. In 2017, he was promoted to Master Sergeant and continues in this role today. Hawkins’ military history includes service in Iraq and Afghanistan as part of the War on Terror, and service as part of the global War on Drugs campaign. He been to more 35 countries, including countries in Europe, the Middle East, Asia, South America, Africa and others. Hawkins has also earned multiple recognitions throughout his career, including a Wing Diamond Sharp Award, an Air Achievement Medal and an Air Commendation Medal.

During his time as a reservist, Hawkins attended Trident Technical Community College and Clemson University, earning his Bachelor of Science degree in civil engineering with a minor in environmental engineering. He began his civilian career working on the design of Charleston Airport’s terminal renovations before joining Berkeley County Water and Sanitation in 2014, and then MetroConnects in 2019. Hawkins said his military career provides him with essential skills that have all been transferable to his work in the public sector, including personnel and time management, strong attention to detail, and the ability to handle high-pressure environments. He also gained a strong commitment to public service. As a public employee at MetroConnects, he said it is important to him to continue to help the local community. MetroConnects recently went through a historic regionalization process and is now taking care of more than 1,400 miles of sewer and 92,000 new customers. “[This] will set up Greenville County for future success [as Metro is] providing necessary sewer maintenance, rehabilitation and capital improvements to a deficient sewer system,” he said. 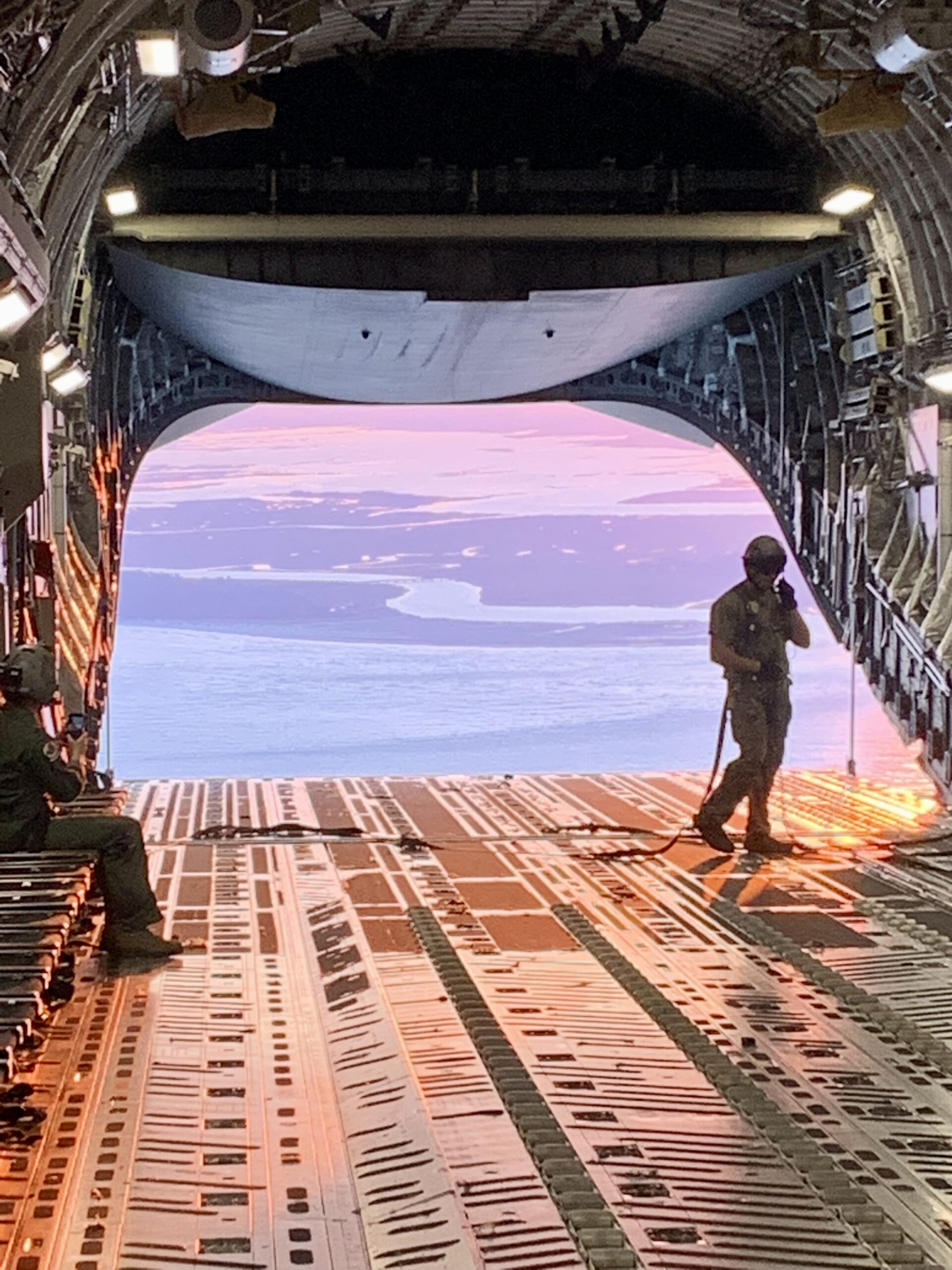 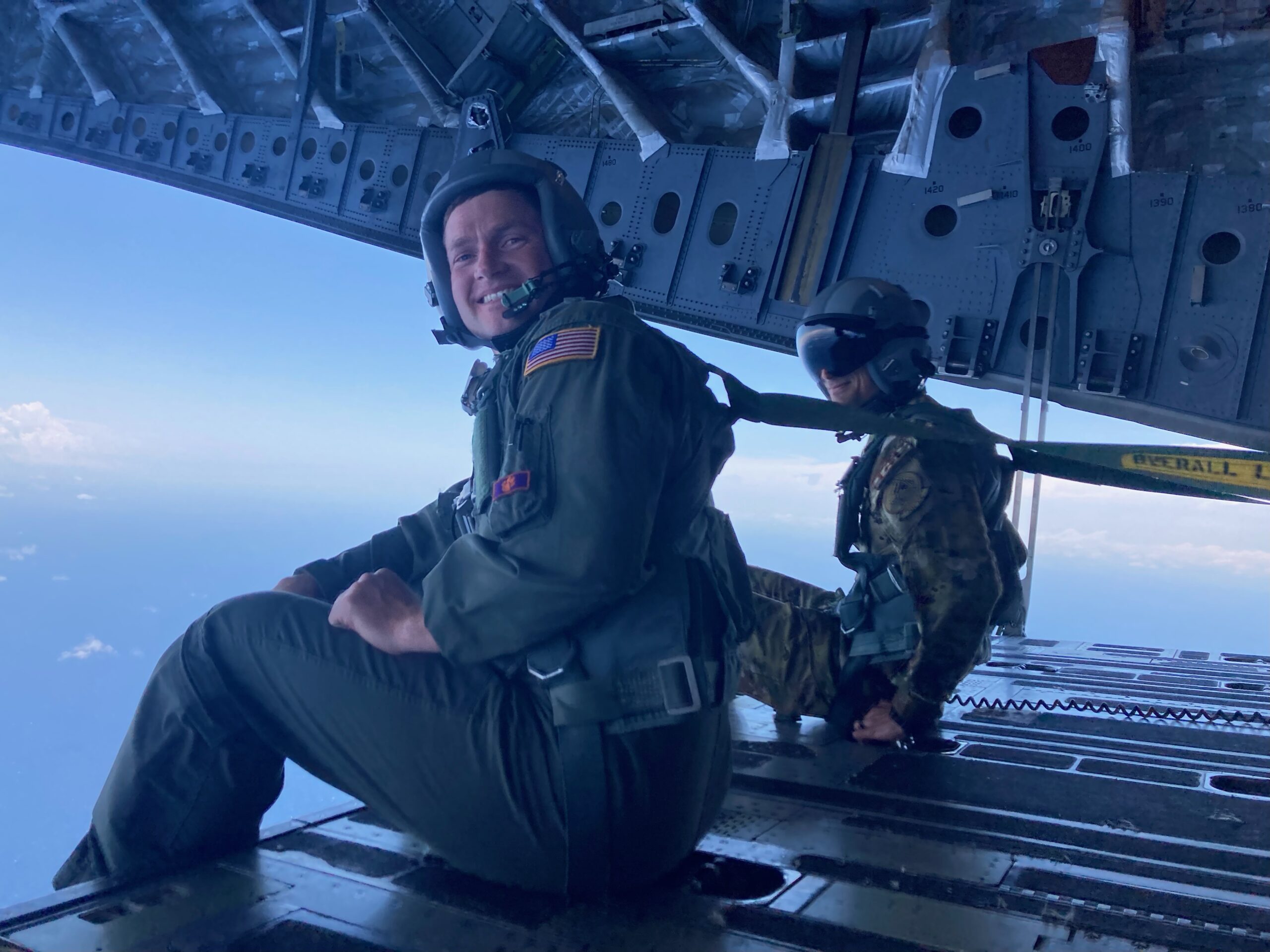 set up Greenville County for future success,” he added.success, he add  e         Master Sergeant Joshua Hawkins and fellow crew members enjoy a sunset from a C17 Globemaster III Cargo Plane just off the coast of South Carolina as they practice low level maneuvers.

Sergeant Martin Bowen enlisted in the Marine Corps in 1994, straight out of Walhalla High School. He was 17 years old at the time and needed his parents’ signatures on his enlistment forms to give him permission to join. “I remember my mom regretting the decision,” Bowen said, noting what a huge, life-changing decision it is when young people choose to dedicate years of their lives to the military. “When I went to boot camp, she actually tried to get me out, and they said ‘no ma’am, I’m sorry!’” he added. It was an eye-opener, he said, but he was committed to the decision and the life experiences he hoped to gain. “I saw it as an opportunity for me to leave small-town Walhalla and get some experience in the real world.”

Bowen ended up stationed at the Miramar Air Station in San Diego for five years. He spent six months on an aircraft carrier, traveling overseas where he ported in Hong Kong; Yokosuka, Japan; and Jebel Ali, United Arab Emirates. He was exposed to people from all walks of life during his international travels and during his time stationed in San Diego. Bowen said his military experience helped him gain maturity and a healthy respect for dedication. “The military showed me that I have to be smart about any decisions I make moving forward. I have to take measured steps and be very aware of every decision I make in my life.” But the most important thing he gained while in the military was a global perspective. “You are exposed to cultures outside of what you are normally exposed to,” he said. “And I don’t mean just international cultures, but also regional cultures and state cultures, cultures from the North, cultures from the West Coast. You get out of what you are used to and you learn that there are a lot of different types of people out there and everyone thinks differently.”

After the military, Bowen returned to South Carolina where he pursued a lifelong interest in civil engineering. After a few years at Tri-County Technical College and some classes at Greenville Tech, he entered Clemson University and earned a bachelor’s degree in civil engineering and a master’s degree in fluid mechanics. He spent the next 15 years in consulting, and working on projects throughout the country. As he got older, he wanted to turn his attention closer to home and he thought a local utility would offer a good opportunity to learn more about local issues. “Luckily, Metro was kind enough to take a chance on me… and I have been here a little over two years now.”

Through it all, Bowen’s military experience stuck with him. The biggest takeaway, he said, was learning to communicate with different groups of people and to listen to what they have to say. “In order for a team to work, you have to be able to respect everyone’s opinions and be willing to work with people,” he added. “Just because everyone isn’t like you, it doesn’t make them wrong. It just makes them different. You never know what you can learn from someone if you just listen to them.”

Specialist Michael Stansell joined the Army as part of the Airborne forces in 1985. In 1986, during the Cold War, he was deployed to Germany where he served with the HHC 3rd Armored Division as a Communications Sergeant and Division Maneuver Control Systems Master Operator and Trainer, among other duties. He was in Germany until 1989. In 1990, he attended Airborne School at Fort Benning in Georgia, and in 1991, he went to Special Forces Candidate School at Fort Bragg, N.C. Stansell comes from a long line of military service, with a family member serving in every major conflict except World War II going back to at least the Civil War. He said he was drawn to military service through a desire to protect the United States and “stand the gap,” quite literally, when he was stationed at the Fulda Gap in Germany — a strategically important inner border site in Germany during the Cold War years.

Military service left a lasting impression on Stansell. “It is an honor that will change your world forever,” he said. “You will develop friendships that will last for the rest of your life and a connection to all who serve and have come before.” He went on to say that the military left him with a deep devotion to serving others, and a desire to provide for his family and improve the world around him. He took this devotion with him after the military, first attending Greenville Technical College, where he received his Associate of Science degree, and then attending Covington Theological Seminary, where he received his Bachelor of Ministry and did graduate work. He continues to contribute to Covington Theological Seminary today, where he serves as professor and dean. He is also an associate pastor at Park Street Baptist Church.

Stansell began his wastewater career in public service at the Parker Sewer and Fire District in 1993, where he worked for nearly 10 years. Initially, he was drawn to public service for practical reasons. As part of a family of six, the medical benefits were attractive. On the other hand, he also strove to serve the community in which he spent most of his life. “I was born in West Greenville (formerly Parker District) and lived in Brandon Mill Village,” he said. “I worked with Parker for nine and half years and served the communities and Mill Villages where my extended family had worked and were living (Brandon, Woodside, Judson, and Monaghan). After the service, I bought a home in the Woodside community within half a mile of where I was born. I still own the house.”

Stansell’s career in service to Greenville county continued to grow when he joined Gantt Fire, Sewer, and Police District in 2002 as director of the Wastewater Collection System Department. For nearly 20 years, he also found time to give back to the wastewater industry, serving as an instructor for organizations such as the Water Environment Federation, the Water Environment Association of South Carolina, and the South Carolina Environmental Training Center. He joined MetroConnects in 2021 as part of the historic regionalization that brought six Greenville County special district sewer collection providers, including Gantt where he still worked, into MetroConnects service areas. Stansell said he first was interested in MetroConnects as far back as 2002. “The organization was a leader in our local area and dedicated to addressing the issues that were and could negatively impact our communities,” he said, adding that even as MetroConnects has grown in recent years, it continues to focus on both public and environmental protection and to stand apart for its dedication to its personnel and the community.

Keep up on our series that honors our veterans and the service our employees provide for the community by signing up for the MetroConnects newsletter.