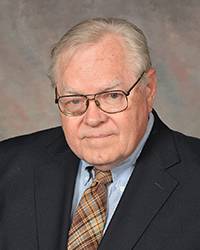 Davis was appointed by Governor H. R. McMaster in November and attended his first board meeting as a commissioner of MetroConnects in December.

“We are excited to have Hank join us,” said Commission Chairman Jim Freeland.

Davis’ appointment fills the seat previously held by retiring commissioner M. Graham Proffitt, III. Jim Gregorie, who serves as vice chairman of MetroConnects, made a motion to formally recognize Proffitt for his 47 years of service and dedication. The commission unanimously approved a resolution recognizing Proffitt and naming him a Commissioner Emeritus.

“You’ve guided this organization through tremendous change over 47 years and have been essential to creating the Metro we are today,” General Manager Carol Elliott said of Proffitt, who has served as commissioner since the organization was formed in 1969.

MetroConnects is governed by a five-member board appointed by the Governor for terms of four years.

About:
MetroConnects is a special purpose district created by the State Legislature in 1969 to operate and maintain sanitary sewer collection facilities. The collection system transports wastewater from area homes and businesses to ReWa’s trunk lines and wastewater treatment plants.  MetroConnects’ 168-mile service area stretches from northern Greenville County to the southern portions of the county and southwest to Piedmont in both Greenville and Anderson Counties. For more information, contact Michelle Bowen at (864) 277-4442 or visit www.metroconnects.org.

MetroConnects Board of Commissioners Meets Monday, May 17, 2021